Trade is very important in every society for survival of mankind. It has consistently been a do or die affair since no man is self-sufficient. It is a trade that brought use of money for exchange. In this post, we shall look at the history of Nigeria currency – when Nigeria started using Naira and Kobo.

Some time ago, exchange was by barter system; that is an exchange of goods with other goods. It is also known as a trade-by-barter.

For example; 5 tubers of yams can be traded with one goat.

But this has not been easy because of indivisibility of certain goods, difficulty in storing value, difficult in making deferred payment, and many other setbacks.

As society developed, unit of value would have make trading easier. So cowries, manilas and beads were introduced and used as a unit for exchange in Nigeria. 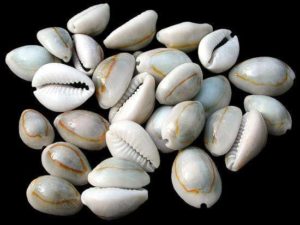 Have you ever tried to figure out ‘when Nigeria started using Naira and Kobo each time you handle Naira note’?

Well, everything began in 1912, when colonial Masters started issuing currency notes through the West African Currency Board.

In that year (1912), they issued Shilling (s), Pounds sterling (£) and Pence (d). And these currencies were widely used in Nigeria as medium of exchange of goods and services for over 13 years.

When did Nigeria start using Naira and Kobo? 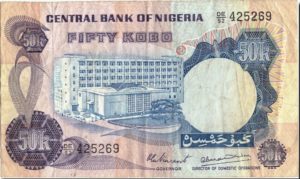 In January 1973, during the leadership of General Yakubu Gowon, the money issued by West African Currency Board was pull back, and replace by the Nigerian Indigenous money, issued by the Central Bank of Nigeria (CBN).

The Nigerian currency code is ‘NGN’ (Nigerian Naira). 100 kobo is equivalent to one naira.

As at the time Nigeria pulled back from using notes issued by the West African Currency Board, much of the African countries under Colonial Masters had jettisoned the Board’s notes in their nations as a sign of freedom and self-governance.

The currency conversion rate between Naira and pounds was ₦1 = £0.50, ₦2 = £1. You can see the history of Naira to Dollar exchange rate.

SEE ALSO:   How to start clothing business in Nigeria

With what you have read so far, I believe the question, ‘when did Nigeria start using Naira and Kobo’ has been answered.

The Nigerian government did not act alone, they made several consultations and even seek opinion from the public as what a name to be given to the indigenous money.

There were several suggestions including, ‘Nira’, ‘Pounds’, ‘Dollar’, and so on.

But the government ended up chosen ‘Naira’ and ‘kobo’.

Pictures of patriots known to have started upheavals for the nation’s autonomy were put on the coins and notes.

From that point forward, the Naira denominations have gone up, the most astounding right now being ₦1000.