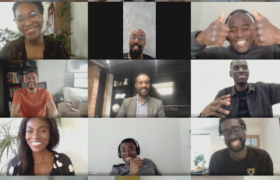 Google on Tuesday said that 60 eligible black-founded start-ups would receive a total of four million dollars in the second cohort of Google for Start-up Black Founders Fund (BFF) Mr Folarin Aiyegbusi, Google’s Head of Start-up Ecosystem, Africa, made this known in a statement announcing the opening of applications for Google for Start-up Black Founders […] 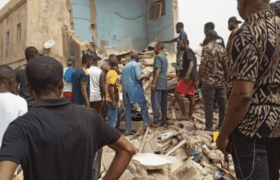 Federal High Court in Ibadan on Tuesday sentenced a teenager, Oluwafemi Tijani to one-year imprisonment for $155 dollars in internet fraud. Justice Uche Agomoh, sentenced the convict based on the overwhelming evidence before the court and terms of the plea bargain entered into with the prosecuting agency, the Economic and Financial Crimes Commission (EFCC). The […] 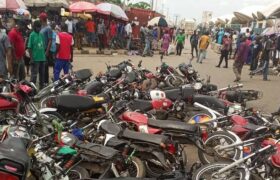 An online petition to have motorcycle (Okada) riders banned in Lagos State has garnered over 1,500 signatures,T he petitioners said Okada operators have been involved in two murder cases between last week and now in Lekki axis of Lagos alone. They therefore call on the Lagos State Government to ban them immediately. Meanwhile, the Lagos […] 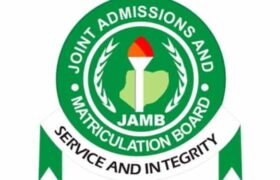 The Joint Admissions and Matriculation Board (JAMB) on Tuesday warned candidates in the just concluded 2022 Unified Tertiary Matriculation Examination (UTME) and other stakeholders to be wary of activities of fraudsters who are making false claims of errors in the scoring of candidates. In a statement by its Director of Public Relations, Fabian Benjamin, obtained […] 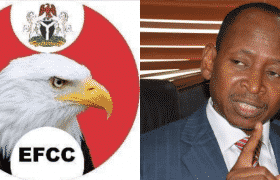 The Accountant General of the federation Ahmed Idris has been arrested by the Economic and Financial Crimes Commission EFCC. According to the anti graft agency, the arrest is in connection with an eighty billion naira fraud investigation. A statement from the agency says “The Commission’s verified intelligence showed that the Accountant General raked off the […] 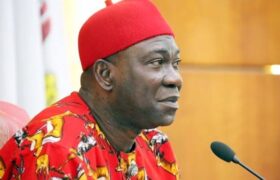 The Ikeoha Campaign Organisation says it has uncovered plans to frame up, arrest, and detain supporters of the former Deputy President of the Senate and the prime governorship aspirant in Enugu State, Senator Ike Ekweremadu, ahead of the Peoples Democratic Party (PDP) primary elections in the state have been uncovered in the state. It also […]

Remember that there was an update a few months ago about stream 2 shortlisting for biometric verification, and most of you did record your fingerprint at the time? However, Npower acted quickly and halted the exercise, claiming that the change in biometrics verification was only for the stream 1 supplementary list, but that most of […]