Queen Elizabeth II has died at 96, the palace confirms.

She was the second-longest serving sovereign in world history, and spent her life in the public eye.

For many in the U.K. and beyond, she served as a symbol of stability through the changes of the 20th and 21st centuries. The former Prince Charles, her eldest son and heir to the throne, immediately became King Charles III upon her death.

“The death of my beloved mother, Her Majesty The Queen, is a moment of great sadness for me and all members of my family,” the new king shared in a statement released by Buckingham Palace.

Reports of the queen’s health emerged on Wednesday, when she postponed a virtual meeting with Privy Council advisors on doctors’ advice to rest. On Thursday at 7:30 a.m. ET, the palace issued a statement that the queen’s doctors were “concerned” for her health, recommending she remain under medical supervision at Balmoral, the family estate in Scotland.

Queen Elizabeth II turned 96 this past April, unveiling a new portrait. In June, the nation celebrated her Platinum Jubilee with puddings and parades, marking 70 years on the throne.

She was the last woman in the line of succession for the coming generations. After Charles, next in line is Prince William, Duke of Cambridge, Charles’ son with Princess Diana. 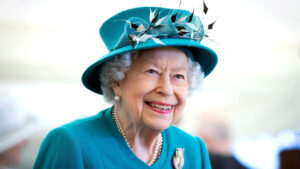 The monarch’s husband, Prince Philip, died at age 99 in 2021. They were married for over 73 years. Ahead, the latest live updates on the queen’s passing and what happens next, including reactions from her son, King Charles III, and the world leaders who knew her.