The Independent National Electoral Commission (INEC) says it will launch an online recruitment portal to employ  staffs ahead of the 2023 general elections.

In a letter to all Resident Electoral Commissioners signed by the commission’s acting secretary, A.T. Yusuf,The commission disclosed that the portal would open on September 14 and close on December 14 2022.

“The commission has approved the use of INECPRES and its reactivation for interested Applicants who wish to serve as ad-hoc staff for the 2023 General Elections,” the document said.

The electoral body added, “Consequent upon the above, the commission has directed that all interested applicants except Collation/ Returning officers must register on the INECPRES to be eligible for selection and deployment as ad hoc staff in the 2023 general elections.”

In July, the commission’s national chairman Mahmood Yakubu said INEC had concluded arrangements to employ over a million ad hoc staff ahead of the 2023 general elections.

Mr Yakubu disclosed that the National Assembly had set out N305 billion for the conduct of the elections.

The letter urged the commissioners to achieve the required number of ad hoc staff per state.

“It is important that robust engagements, sensitization on by the Admin. Secs/HOD EOPS/EOS & AEOS under the leadership of the RECS is commenced with the authorities of federal, state tertiary institutions and the NYSC (state/ Government levels),” the document said. 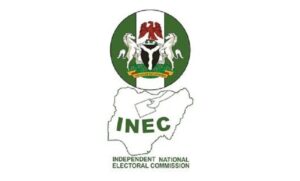