Ever since the creation of Nigeria, it’s from one problem to another. In this article, we shall look at Top 5 worst enemies of Nigeria.

Most of the people listed here are activists who wanted a better life, but they are being considered as enemy of Nigeria. 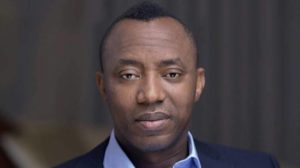 Sowore was arrested on August 3, 2019 by Department of Security Service (DSS).

He was charged for treason, and for insulting President Muhammadu Buhari.

Sowore grew up in the Niger Delta region of Nigeria.

He studied Geography and Planning at the University of Lagos.

He was expelled twice for students activism, and political reasons.

Sowore contested for 2019 Nigeria presidential election but he was defeated by Muhammadu Buhari.

Sowore, polled 33,953 votes to come third, while Fela Durotoye of the Alliance for New Nigeria (ANN), came fourth with 16,779 votes.

Kanu is the supreme leader of Indigenous People of Biafra (IPOB), a group agitating for independence state of Biafra.

In Oct 14th 2015, Nnamdi Kanu was arrested by Department of Security Service (DSS), and was charged for treason, and for insulting Nigerian President, Muhammadu Buhari.

Kanu was detained despite several court orders for his release.

Nnamdi Kanu was later granted bail on Medical ground, but he went into hiding after Nigerian Army invaded his residence in Afara Ukwu, Umuahia, Abia State. 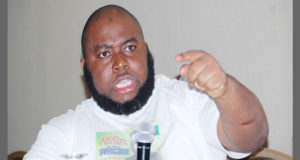 Asari is one of the major political figures of the Ijaw ethnic group in the Niger Delta region of Nigeria.

Asari completed his primary and secondary school in Port Harcourt. He later gained admission into law school at the University of Calabar, but he dropped out after 3 years of his studentship.

He attempted to complete his education at Rivers State University Science and Technology, but his activism caused him another problem which made him quit.

SEE ALSO:  Owners of Major Sport Betting in Nigeria and their Networth

Asari converted to Islam after dropping out of school.

His continues attack on oil pipelines made companies operating in Niger Delta region to withdraw most of their personnel from the area. And it resulted to a massive drop in oil production. 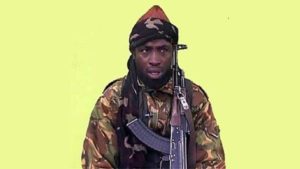 He is the supreme leader of Boko Haram group.

Shekau dropped out from the college for without earning a degree for ideological reasons.

Yusuf was arrested by Nigerian Government, and he died in their custody.

After the death of Yusuf, Shekau became the leader of the group in 2009, and the group was renamed to Boko Haram.

Shakau was allegedly killed in 2009 by Nigerian Army but he reappeared to lead his group.

In August 2013, Nigerian Army claimed he was fatally injured when soldiers raided a boko haram camp in Sambisa, and Shekau had died. But in September 2013, Shekau reappeared mocking Nigeria soldiers.

The Army also said he had finally been killed in 2014, but reappeared again in a video in which he mocked Nigerian Army. 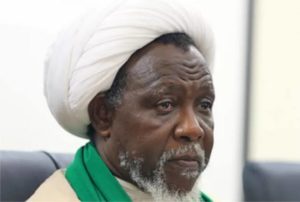 Ibrahim Yaqoub Al Zakzaky was born in 5th May 1953.

He is the head of Nigeria’s Islamic Movement.

He studied in Provincial Arabic School, Zaria. Later he got first-class degree in Economics from Ahmadu Bello University (ABU), Zaria.

He founded the group in the late 1970s, when he was a student at Ahmadu Bello University.

In 1979, he started propagating Shia Islam around at the wake of the Iranian revolution which saw resulted in Iran’s monarchy overthrown and replaced with an Islamic republic under Ayatollah Khomeini.

In December 2015, the Nigerian Army raided his house in Zaria, wondered him, and killed hundreds of his followers.

Since then, he has remained under detention despite the court order for his release in 2016.

In 2019, a court in Kaduna State granted Zakzaky and his wife a bail to seek treatment abroad.

But they returned from India after 3 days of unfair treatment and tough restrictions by security operatives deployed to medical facilities.